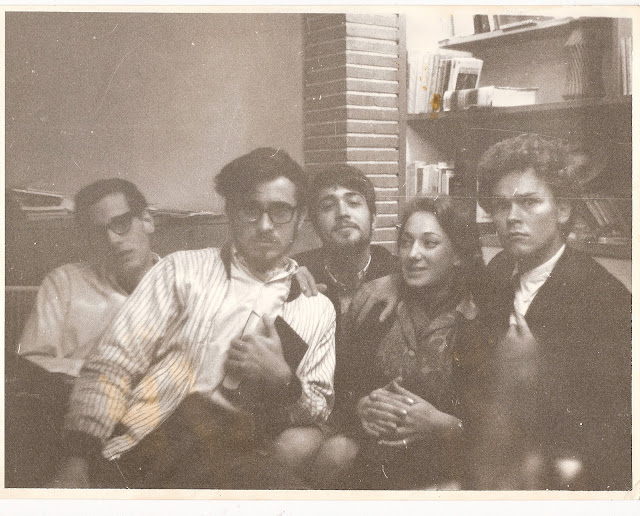 Dad moved from Sicily to Brooklyn, then Queens, with my grandparents, finishing high school in the NYC public school system. After college, he went back to Europe for a year of study in Spain and, later, received his Master's Degree in Foreign Language (Spanish) from Hunter College in Manhattan, where he met my mom, who had also moved here from southern Italy with her family. Mom received her Master's Degree in French. I was their first child — born and raised in NYC.

Dad's the one with the pinstriped jacket and the book. I believe he's even wearing an ascot; hence, my proclivity for nerdy, intellectual types.
Newer Post Older Post Home